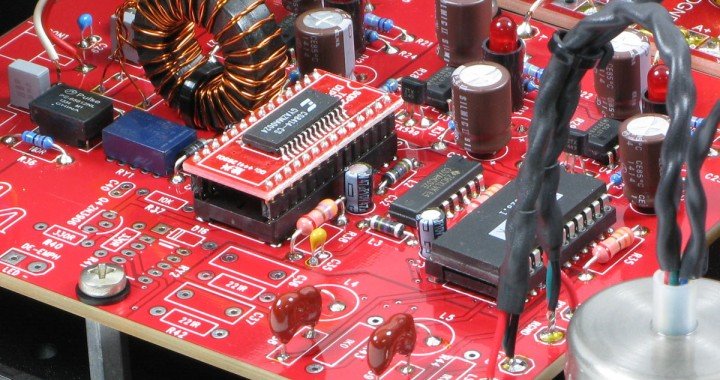 Things to be aware of in choosing an Audiophile Level DAC

It’s a complicated world out there in the land of digital audio with cheaper and cheaper solutions coming out on the market with higher and higher sampling rates! Many manufacturers are offering very high priced DAC’s and others have offerings that cost next to nothing! – Some DAC’s come in large rack mount cases – others are part of the USB connector!– There is a lot of confusion out there about sampling rates, dither , jitter, oversampling, digital filters, quantization errors, bit widths, USB, SPDIF, 24/96, 192, 384, SACD……. and where is it all going.

Read on to understand what is really going on in digital Audio. Hopefully this article will help you to make an informed decision when it comes to buying a DAC and understand more about the current DAC you have. Lets start by discussing some major points first and get into the detail later!

“The actual conversion process from digital to analog is very critical” and this is what is at the heart of any DAC – Now listen closely, there are two major methods of accomplishing this conversion from digital information stored on a computer or a disk – the original method and the one currenly used by Audio Note today along with a few other manufacturer’s is by “hardwiring” the digital numbers through an electrical circuit made up of resistors, voltages & currents and outputting a voltage driven directly from the input – as the digital numbers change at the input of our circuit the output voltage changes. This method is referred to as a Resistor Ladder DAC or R-2R.

Its really beautifully simple and effective:

No filters in the digital domain
No filters in the audio domain
No altering or modifying the signal
Just pure conversion
Of course there are complexities in the precision resistors and the finer points of the circuits but bottom line is it’s a direct HARDWIRING of digital numbers to actual output Voltage. For an audiophile level DAC this is correct strategy. END OF STORY.

The second method of performing this critical conversion is through computer horse power – basically the computer hardware reads in the first bit of data and continues to read in bits and analyze via complex mathematical algorithms, digital signal processing , quantization , dither , noise injection & feedback and the computer will determine a voltage that has been carefully computationally arrived at. This is referred to as a DELTA-SIGMA.

You may think this is not a very good process compared to good old fashioned hardwired R-2R, but the truth the computer processing method has many advantages:

It is inexpensive compared to its R-2R counterpart & very convenient for many musical applications : Internet radio, Home theater, 5 or 7 channel movies with surround sound, Mp3, iPods, digital video cameras, even SACD uses this method.
It allows for great versatility, filtering, sound shaping, room correction etc – incredible flexibility and for 99.5% of the music world DELTA-SIGMA is a great way to go.
Its cheap ( Seen the cost of many 24/96 and 24/192 and 384Khz sampling DAC’s) – ( DELTA-SIGMA DAC’s love high resolution formats because its easy to process them compared to R-2R). Its easy to manufacture chips with tons of processing, thus SIGMA DELTA dacs are here to stay!
Even companies like Analog Devices that made a range of R-2R DAC chips in the 90’s now have a complete suite of DELTA-SIGMA chips with tons of features. Basically all home theater gear, CD players, video cameras etc.etc. will use DELTA-SIGMA processing. Virtually all modern DAC’s are DELTA-SIGMA based to handle the 24/192 supposedly high resolution formats.

So why did Manufacturers move away from R-2R chips that they developed in the 90’s? Well basically it is an expensive process to create integrated circuits with laser trimmed precision resistors to correctly implement the R-2R circuit. Its much easier to throw a few million gates at the problem! The Analog Devices AD1865 chip used in the Audio Note DAC’s is the highest bit resolution DAC chip that was made with 18 bits and provides 108db of potential dynamic range. So basically when you put a 24/96 signal through an Audio Note DAC you have a potential dynamic range capability of 108db which is approaching twice the dynamic range ever recorded.

So which is the right DAC for you – R-2R or DELTA-SIGMA? For a true audiophile level DAC we highly recommend R-2R!

If you are truly concerned with the very best of 2 channel audio the R-2R DAC’s will clearly outshine the computer processing DELTA-SIGMA dacs for obvious reasons, If you have a high end audio system such as a Single Ended Tube 300B or 2A3 amp or possibly CLASS A push Pull tube amplification , transformer coupled pre-amplifiers, high efficiency speakers, it’s the only way to go.

Listen to a saxophone with an R-2R DAC and you are going to pick up all the subtle nuances associated with this instrument – the attack , the timbre, the decay, these subtle nuances that immediately allow the brain to identify the instrument are absolutely critical to an audiophile.